'Through a lot of hard work through a new and determined Board, we were able to get traction and offer soccer in North Bay' 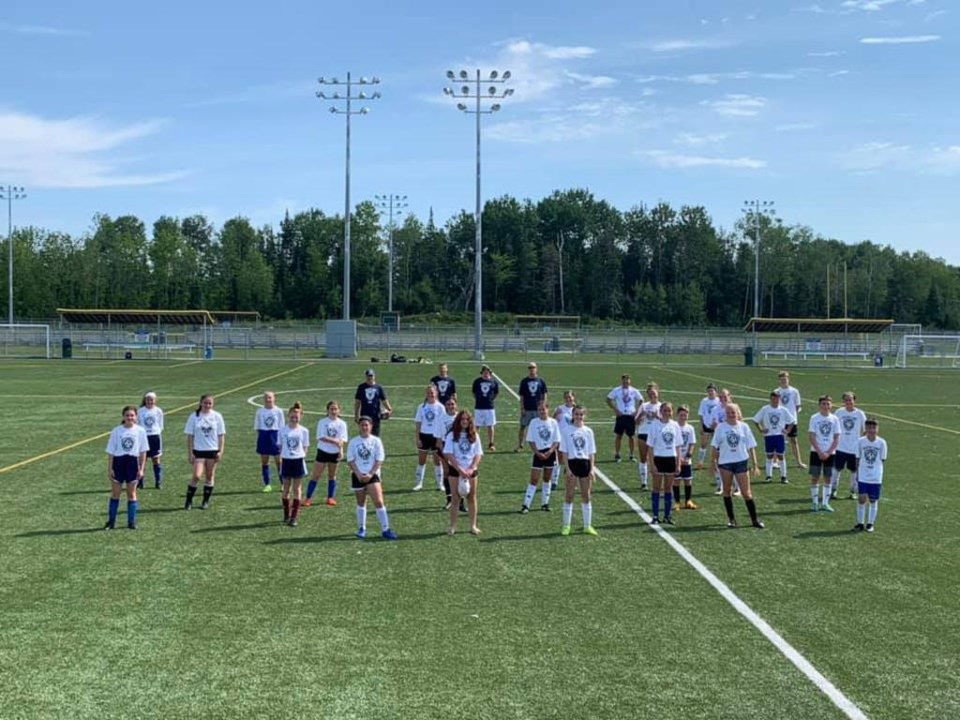 It took a lot of work but the Nipissing District Soccer Club was able to navigate through a pandemic to allow 30 teams from tyke to adult to complete a successful 2020 summer-fall soccer season.

The local club was also highlighted in a recent publication by the Ontario Soccer Association.

"Through a lot of hard work through a new and determined Board, we were able to get traction and offer soccer in North Bay," noted Hopper.

"It took a lot of zoom meetings and it took a lot of protocol to get things in place. Due to the pandemic, we had to make sure everything was above board. We even had four of five other sports organizations reach out to us to find out what we have done and how to implement it. It was a whirlwind but it had to be done with the support of our board because it really took a lot of work."

The Return to Play protocol was outlined by coaches to parents and participants through zoom meetings and the club's return to play video. This allowed the club to start running training sessions back in early August.

"That was linked right in with the local health unit so if any of the questions were answered incorrectly the member was asked to report to the health unit," Hopper explained.

"But the success of completing that on every day of competition then that gave them the ability to be able to participate and they had to show their coach the receipt via email, text or showing their screen to a coach in person before the session in order to compete in each practice."

Hopper says they started the youth soccer first and then proceeded with adding the adults and then eventually into inter-club modified scrimmages.

He added that the club did not permit fans inside any of the soccer fields; only allowing parents to watch from outside the fences at the two turf fields at the Steve Omischl Sports Complex.

While some of those rules and protocols were tedious at times including players' social distancing along with mask-wearing prior to practice, Hopper believes it was well worth it to allow soccer to continue to grow in North Bay.

"We really wanted to get the kids involved and understanding of course that this has been taxing," he admitted.

"I think the best part is how many times we have been thanked on the work that we had done which we knew the kids needed to have an outlet. We were even able to run a soccer camp in the summer with a UEAFA 'A' licensed instructor.

"We don't know how it gets or where it gets but I would have to say NDSC followed the protocols and even above what was required. It was a combined effort including all our coaches following protocols to keep the players and the people of North Bay safe."

Hopper and the Board hope that the successful summer season helps build an even stronger program for 2021.

"We are trying to stay above the bar and just try to bring forth the product that people think is a good idea," said Hopper.

"Our board is working extremely hard. It is not without the board, the members, and the coaches. Together we will try to make soccer an entity again in the north and especially here in North Bay."